How to Scare Your Players

Because, after all, it really is pointless to try to scare the characters. 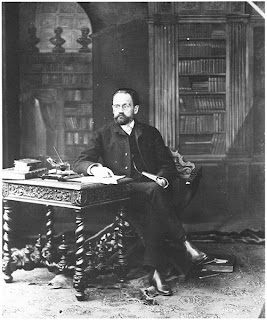 It’s a natural function of the human mind to want to understand and classify what it experiences. When a person is unable to do this, they begin to experience anxiety. This, my dear dungeon master, is your goal tonight.

A good example of this is the first Phantasm movie. Perhaps I should say ‘my recollection of the first Phantasm movie,’ because I haven’t seen it in a really long time. During the movie there are a ton of things you don’t know:
What are the silver balls, besides deadly?
What the heck ARE those little short dudes?
Why are they killing people?
What do they want with the bodies?
I found the movie really frightening, probably more frightening than Ringu or Juon, and it had ZERO to do with blood. Probably one of the most frightening I’d ever seen. Compare that with one of the later entries in the series, wherein they explain very fully exactly what the little jawa looking dudes are, where they’re from, and why they want to kill people. It was no longer frightening at all. Not in the least.

My players once encountered a vampire. Like any good vampire, he had a personality and didn’t just pop into a dungeon somewhere. They visited him after being warned not to, because he had information they desperately wanted. I showed them a picture of Emile Zola sitting at his desk. He was charming and helpful, but also very odd. They knew something was up, and they were well on the way to convincing themselves he was a vampire by the time hints started getting laid down during the dinner to which he invited them. They were looking for signs. They had already noticed (because one of them specifically asked, not due to observation roll) there were no mirrors in the parts of the house they’d seen so far. They tried to see his reflection in the silverware, but damned if the candlelight and things on the table prevented them from getting a clear look.

This is when you poke a hole in their attempt to classify and understand.

“Is the silverware actually silver?”
me - “You’re pretty sure it is.”
“Is he touching it? A vampire couldn’t touch it, could he?”
me - “The tales you remember say that silver is very harmful to vampires.” Notice I didn’t say ‘All the tales you’ve heard.’ Introduce as much self-doubt as possible.
[more conversation about the McGuffin, while they stew over clues]
me - “He picks up his spoon and chimes his wine glass with it a couple times. The crystal rings out with a beautiful clear note.”
“A silver spoon?!”
me - “It looks just like yours.”

During dinner, the host (even the players have become reluctant to call him The Vampire now) never quite manages to take a bite of the food or a drink of the wine, due to conversation. At one point he even has food on his fork, but puts it down to talk. Yes, I answer, the food does indeed taste like it might have garlic in it.

The underlying systems have to be clear-cut and well defined. Explained and classified. It’s very important that you know exactly what things are, and why they’re that way. It then becomes your job to always keep this information just out of reach, just barely behind the veil, no matter how much you’d like to share it. Get your players to the point where they are absolutely brimming with questions, and then respond to them.. without answering any of them. At least not for sure, and certainly not a simple yes or no.

Then you hide the source of the anxiety. The master retires for the evening. The device sinks into the wall, and it seals up like it was never there. The children go around a corner and vanish. The wizard disappears in a puff of smoke. After the players have a chance to discuss and explore a bit, it’s now time for some incongruent meaningless hints. Odd noises, strange smells, an odd powder or fluid on the wall/floor/ceiling.. things that might mean anything. To you they should make perfect sense.. to the players they should be vague enough to further a dozen different suspicions without confirming any of them. Repeat until their anxiety peaks, then just after it starts to go down a bit.. HIT EM. The vampire attacks, the portal opens, the spawn of Shub-Niggurath pours out of the spear holes.

The most important thing to remember is that you will be tempted, and that you, the DM, must resist this temptation. You will know all the superawesomeneato details of who the professor is, how the dark ones open the door, and why the madman constructed the box.. but no matter how cool it is, or how proud you are of it, you can’t tell! Shhh!

Posted by migellito at 3:06 PM 2 comments

You Meet in an Inn 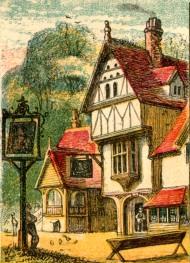 Even so, you've used it. You didn't want to, but everybody had their characters rolled up, and you had to do something. Next time you're starting a campaign from scratch, and you're at a loss for how the characters meet, try one of these.


Can you think of another one? I'm sure you can, you're smart. Type it in the comments, and I'll add it to the list. I may tweak it a little, but what the hell.

Posted by migellito at 6:26 PM 7 comments

Unlike many of my tables, I'll try to make this one more general so it can be used over and over. This means it will require a lot more spur-of-the-moment icing from the DM (or player, depending on how it's used.) With that in mind, I may keep working to expand it a bit, probably in the style of Zak's multi-part tables in Vornheim. One thing about the table: the emphasis is on prior, so some glaring occupational holes exist where a background would necessitate a more profound effect on the character's current lifestyle. Also, if a background is more common in your milieu, have it occupy more spots in the table. Remember when doing so that it signifies a background which is both commonly held, and commonly left behind (thus the 'prior'.)


What did I miss? Remember that entries like 'builder' can mean anything from carpenter to mason to boatwright. Also, I've avoided professions like blacksmith and jeweler, since they would have a more profound effect on the character's current life and abilities. Some things, like 'scholar' or 'wizard' probably wouldn't have much turnover.

-Edited to add some suggestions from comments. Town Guard could mean any police-like or security-related job. Civil Servant would include such jobs as the much-storied rat catcher. A Disgraced Scholar could be any teacher, scientist, historian, etc. A Husbandman could be any animal-related job, such as stableboy. A Shopkeeper is anyone employed in a storefront: butcher, baker, candlestick maker, barber, chemist, etc. A tinker, for example, could either be a Shopkeeper or a Travelling Merchant.

Posted by migellito at 5:07 PM 1 comments