Goggle-Eyed Cluelacker
2 hit dice
Pummel attack for 1d6 damage
Armor class 6 due to rubberiness, blunt weapons do -1 damage
Move 9
Surprised on 3 in 6
Can see all round, 360 degrees
Low intelligence
Encountered in groups of 2d12+8 (10 to 32) 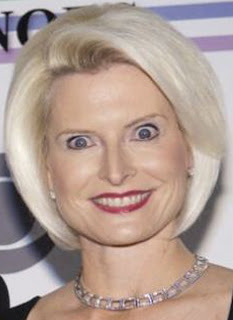 These idiotic creatures appear similar to pale-skinned frog people. The batrachian appearance is due mostly to the large round goggley eyes sitting on what would be a flattened human's forehead. Their mouths, though large, flappy, and gibbering, are not the ear-to-ear affair of a true batrachinoid. Their pale skin tends to be quite clammy as well. They occasionally have hair on their heads, but if so it is very thin and lank. Their pale skin can range through whitish green to whitish blue, or even a whitish yellow or violet cast, mostly based on geographical region. Also, their long spatulate fingers are not webbed. They tend to be pot-bellied and weak-shouldered, with spindly arms and legs, and large hands and feet. Most are from 5 and a half to 6 feet tall.

Although they will not actively attack unless directly threatened, they can be quite dangerous nonetheless. Upon noticing any humanoid, they will attempt to crowd around the individual or individuals, touching and pawing at them while gibbering their inane mutterings. Each round anyone thus in contact with them (even if not entirely surrounded) must make a reaction save versus wands (or a difficult dexterity check) to maintain their footing. If the unfortunate focus of their attention loses their footing, the victim will immediately be subject to 6d3 trampling damage. The victim may attempt to crawl out of the press during the next combat round by repeating their saving throw (or ability check.) Each subsequent round of trampling reduces the efficacy of escape attempts by 2 points.

Posted by migellito at 1:39 PM

Now that's a monster that strikes fear into my bones.

Thanks Michael for making me laugh out loud during my first coffee of the morning. A great way to start a new day.

Hehehe, thanks for the laugh! Great writeup ;).

I can hear their awful cries across the marsh. First the high, keening "Chluuuu...chluuu" and then the horrid, jowly response: "lakalakalakalakalaka."

Scary stuff. Is there no defense against such concentrated evil? Even vampires fear garlic, at least...most of them...